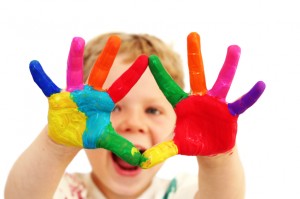 Eight-year-old Billy, in the front row, will have nothing to do with my demonstration on new techniques for teaching spelling. During my visit to his elementary school classroom in upstate New York, Billy is out of his seat during most of the lesson. When I ask the children to visualize their spelling words, however, I am amazed to see Billy return to his seat and remain perfectly still. Covering his eyes, Billy “looks” intently at his imaginary words—fascinated with the images in his mind!

Later on, I realize that something more important than a spelling lesson went on that afternoon: Billy was able to transform his external physical hyperactivity into internal mental motion and, by internalizing his outer activity level, was able to gain control over it. This incident occurred some time ago but remains memorable to me. Why? Because it suggests that internal empowerment, rather than external control, is often the best way to help kids diagnosed with ADHD.

A Decidedly Unholistic Approach
Much of the current work in the field of ADHD looks at the issue from an external control perspective. The two interventions touted in almost all books and programs about ADHD are medication and behavior modification. While these approaches are often dramatically effective in young people with ADHD, both have troubling features that often receive scant attention. Some researchers suggest that when children receive medication, they may attribute their improved behaviors to the pills rather than to their own inner resources (Whalen & Henker, 1990). Others may expect the medication to do all the work and thus neglect underlying issues that may be the true causes of a child’s attention and/or behavior difficulties.

Behavior modification programs, which abound, seek to control children’s behaviors through some combination of rewards, punishments, or response costs (the taking away of rewards). Some programs rely on token economy systems, while others use behavior charts, stickers, and even machines. For example, the Attention Training System sits on a child’s desk and automatically awards a point every 60 seconds for on-task behavior. The teacher can also deduct points for bad behavior using a remote control. Students trade points for prizes and privileges. Although behavior modification programs may influence children to change their behavior, they do it for the wrong reason: to get rewards. Such programs can discourage risk-taking, blunt creativity, decrease levels of intrinsic motivation, and even impair academic performance (Kohn, 1993).