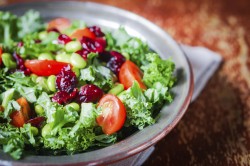 Organic food may seem like a trend, but many experts suggest that women consider going organic during pregnancy; if not all of the foods you eat, at least a few specific ones. By going organic, you avoid exposing yourself to the antibiotics, artificial hormones, pesticides and genetically modified feed found in many non-organic meats, produce, grain and dairy products. “Studies that have come out in the last two years have linked exposures to organophosphate pesticides with increased risks of ADHD and lower IQ in children, and to low birth weight and early gestation among newborns,” said Environmental Working Group president Ken Cook. The Environmental Working Group compiled a list of the “dirty dozen”, which consists of produce that is known to be the most contaminated by pesticide residue. The list this year includes apples, celery, cherry tomatoes, cucumbers, grapes, hot peppers, nectarines, peaches, potatoes, spinach, strawberries and sweet bell peppers. On the other side, the EWG also offers a list of produce that generally contains the least amount of pesticide residue, the “clean fifteen.” This year’s items are asparagus, avocados, cabbage, cantaloupe, sweet corn, eggplant, grapefruit, kiwi, mangoes, mushrooms, onions, papayas, pineapples, frozen sweet peas and sweet potatoes. These lists may make the decision easier if you are unable to afford a fully organic diet during pregnancy and allow you to make smarter choices when grocery shopping.